Fibroids and Heavy Bleeding – Four facts to know about fibroids 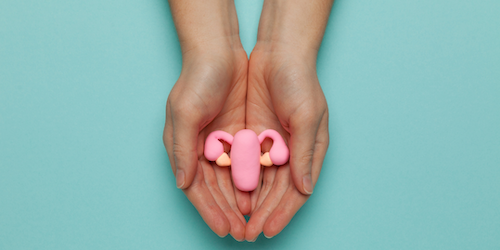 Sophia noticed she was having increasingly heavy periods for the past several months. She was starting to dread her period – bleeding through tampons and pads, always worrying if she would leak through to her clothes at work, having debilitating cramps, and she was SO TIRED!

In general her energy had been low for a while, which she thought was due to stress, but recently noticed it was getting harder to exercise at the same level she had been before, and even walking up the stairs to her apartment was causing her to lose her breath.

When she finally went to her OBGYN Sophia was sent for an ultrasound to see what was going on, and her doctor told her she had uterine fibroids.

Without further explanation, she was told she could get on the Pill or get surgery to remove the fibroids or, if need be, remove her uterus. She was confused about how this happened so suddenly. She wanted to know what alternatives she had to the Pill, which made her feel terrible in the past, and surgery, which seemed drastic and scary. And she wanted to understand her body and figure out what she could do to feel better.

Learn more about how we helped her below, but first…

Fibroids, also called uterine myomas or leiomyomas, are benign growths that form in the muscular layer of the uterus. They can grow projecting outside the uterus (subserosal), within the wall of the uterus (intramural), or into the uterine cavity (submucosal), and the location of the fibroid can influence their impact. Fibroids can cause a variety of symptoms, including heavy or prolonged bleeding, painful periods, pelvic pressure, painful sex, constipation, urinary symptoms, low back pain, and in some cases infertility or childbirth complications.

Fibroid growth is rare before puberty, increases during the menstruating years, and decreases after menopause. In perimenopause, when many women begin to have heavy unpredictable periods anyway, fluctuating hormones can exacerbate fibroid growth and/or be confused for fibroids.

Some people can have fibroids for many years without knowing, whereas others may experience symptoms suddenly and need urgent support. It is believed that up to 80% of women grow fibroids in their lifetime, but fibroids are 3-9 times more likely to be diagnosed in African American women. They are also more common in those without children, over the age of 40, and for people whom menstruation started early. Fibroids are usually diagnosed through a pelvic exam and confirmed with ultrasound.

Conventional treatment of fibroids, including prescription medications and surgery, depends on size, location, and severity of symptoms. Oral or intrauterine contraceptives (Mirena) are often prescribed for people not wanting to get pregnant. These medications work by shutting down the normal activity of the ovaries so that the fibroids can’t respond to monthly fluctuations of estrogen and progesterone. Other drugs that may be prescribed include Tranexamic acid (Cyklokapron), Gonadotropin-releasing hormone (GnRH) agonists (Lupron) and selective progesterone receptor modulators (SPRMs).

Surgical options include uterine artery embolization (which cuts off blood supply to the uterus), myomectomy (removal of the fibroids if they are submucosal), and hysterectomy (removing the whole uterus). There are risks and side effects associated with all of these, though each of them may be appropriate in certain circumstances. This decision needs to be considered within the context of fertility desires, age, symptom severity, and personal risk tolerance.

Four facts to know about fibroids

1) Fibroids can come and go on their own.

Fibroids, particularly under a certain size, can resolve on their own. This is an important fact because it means that under the right circumstances the body can degrade tissue it previously created. Our role as Naturopathic Doctors is to support the conditions that strengthen the body’s own healing mechanisms.

2) Fibroids depend on hormones to grow.

Fibroid growth is influenced by estrogen and progesterone, and fibroid tissue itself can produce estrogen. Because of this, fibroids are often referred to as an issue of estrogen dominance, although not everyone with fibroids has imbalanced hormones or is a candidate for hormonal therapy. Especially in perimenopause, when you may be producing less progesterone compared to estrogen, you may have a RELATIVE estrogen dominance, and bioidentical progesterone therapy may be a consideration depending on your symptoms and test results.

3) Inflammation is a factor.

Studies show that fibroid tissue contains numerous inflammatory proteins, the most prevalent of which is prostaglandins. Prostaglandins are a set of immune molecules that play a role in pain and heavy bleeding. They are made from arachidonic acid, which is found in animal fats. NSAIDS such as naproxen and ibuprofen block prostaglandin synthesis and can reduce bleeding and pain. In naturopathic medicine, we look for possible underlying causes of inflammation, reduce arachidonic acid intake, and use “natural NSAIDS” such as turmeric, ginger, and Omega-3 fatty acids.

Your liver is responsible for breaking down the estrogen produced by your ovaries and serving it up to your gallbladder to be eliminated through your stool. If your liver is too busy working on other things or doesn’t have the tools to properly break down the estrogen, it will stick around in your system, influencing fibroid growth and increasing bleeding. In addition, if elimination isn’t ideal, estrogens will be reabsorbed in the colon and come back into circulation.

Improve circulation to the pelvis

When Sophia came in as a patient she was scared, confused, and depleted. After a thorough intake, assessing everything from sleep to elimination and the size and location of her fibroids, we went through risks and benefits of both conventional and naturopathic treatment approaches and developed a treatment plan.

First, we did bloodwork to determine if she was anemic, where her iron levels were, and how her thyroid, hormone, and inflammation levels looked. We started on an anti-inflammatory, low estrogen, high antioxidant diet, and added a fiber supplement. We started on nightly castor oil packs and Maya Abdominal massage to get more blood flow to the uterus.

Once we saw her blood work we recommended a high quality iron supplement (to be taken with lots of high vitamin C foods), a high dose systemic enzyme to be taken between meals, and fish oil. We began herbs to support estrogen detox in the liver, reduce the heavy bleeding, and reduce inflammation that was contributing to her cramps.

By six months Sophia’s symptoms had improved drastically. Her cramping went down from an 8 to a 3 on a 1-10 scale. Her bleeding normalized, and her iron levels were back to normal. Her energy levels were back to normal and she could do her workouts easily now. Her fibroids were still there but they didn’t grow, and two had even reduced in size! Her digestion, mood, and outlook had changed for the better, and as a bonus the skin on her face, which was prone to breakouts, cleared up. We do an ultrasound check on her fibroids every 6 months and track her symptoms so we can adjust our plan as needed.

For many, a diagnosis of uterine fibroids is a confusing and overwhelming experience. Finding a doctor who can partner with you step-by-step in the decision-making and treatment process, whether conventional or natural (or both), can help you feel seen, held, and supported.

For more information about how we can help you with fibroids and heavy bleeding, please reach out for a Vitality Discovery Call.

It is an honor and joy to work with the amazing practitioners at The Women’s Vitality Center. As a Licensed Naturopathic Doctor specializing in Women’s Health, my goal is to meet patients where they are and help them along the journey to their optimal health and happiness. I take the time to listen to my patients’ whole story – physical symptoms, life history, and current stresses and struggles – to create an individualized healing plan that is based in science and rooted in the long and successful tradition of using the laws of nature to bring the body back into balance.

Healing Your Adrenals: The Biochemistry of Routine
September 14, 2022 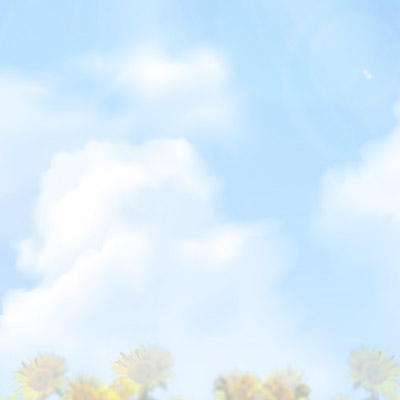 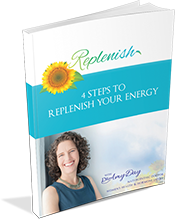 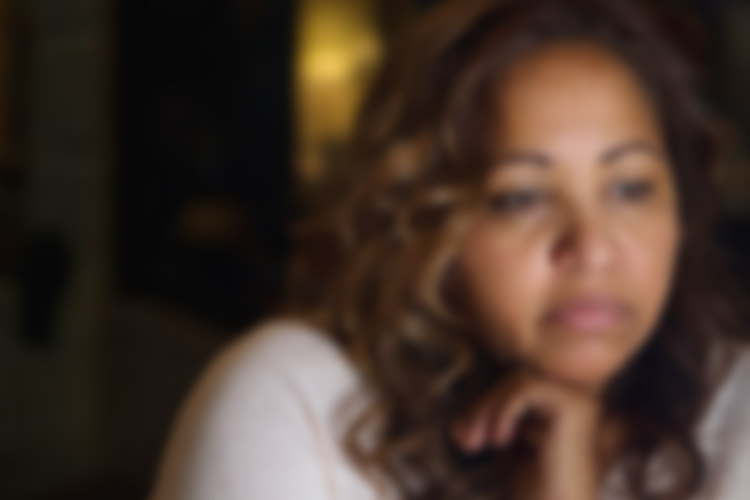 ×
Could it be my hormones?
Learn how The VITAL Method can help you restore your balance and get back to doing all the things you love!
×
LEARN MORE

×
Are you doing these 10 things to balance your hormones?
×
Get Your Checklist Now 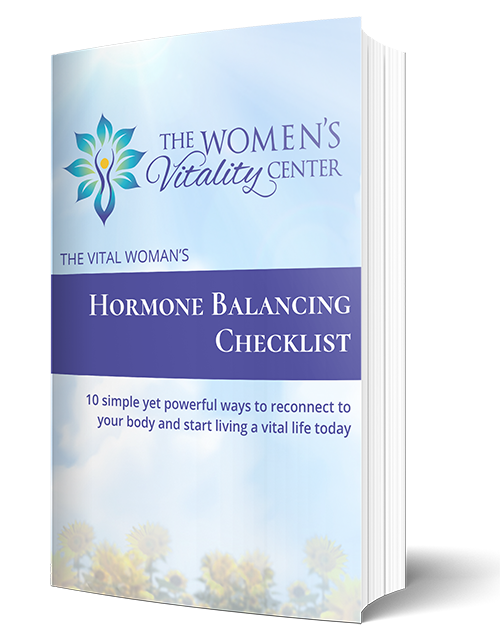 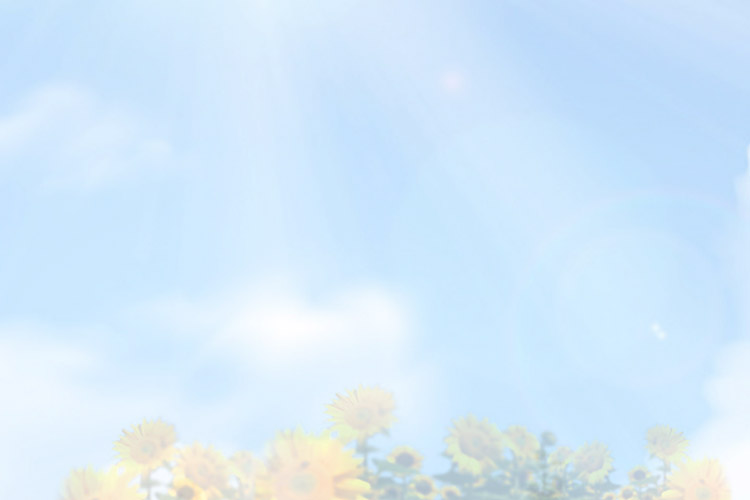 Are you doing these 10 things to balance your hormones?
Get Your Checklist Now